The IBU World Championships Pokljuka 2021 will be the biggest ever winter sporting event in Slovenia to date and the preparations are well underway. The Organising Committee has been strengthened with the appointment of new members and roles already in June and yesterday the OC and LC met at 1st session in Bled.

Mr. Jelko Kacin has been appointed President of the OC Pokljuka. Kacin is a former Minister, Member of the European Parliament, Representative of Slovenia to NATO and also president of OCs in other sports. His deputy is Mr. Andrej Šter, who is the Head of the Consular Department at the Ministry of Foreign Affairs. Both will – in close agreement with the Government of the Republic of Slovenia – help to create the environment for the successful delivery of the IBU World Championships.

Mr. Tim Farčnik has been appointed as Secretary General of OC Pokljuka and will act as a representative and main operational contact.

A Logistics and Competition Committees have already been formed, which will take care of the operational implementation of the Championships.

The first meeting was attended by a number of ministry representatives, including the Minister of Education, Science and Sport dr. Simona Kustec.

Despite challenging times due to the Coronavirus pandemic, preparations are underway and organizers expect the championships to take place as planned. 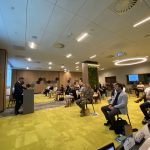 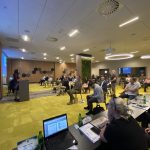 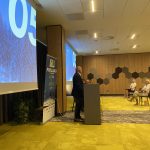 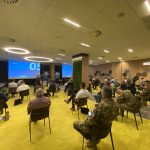 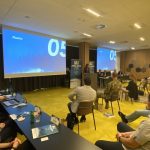